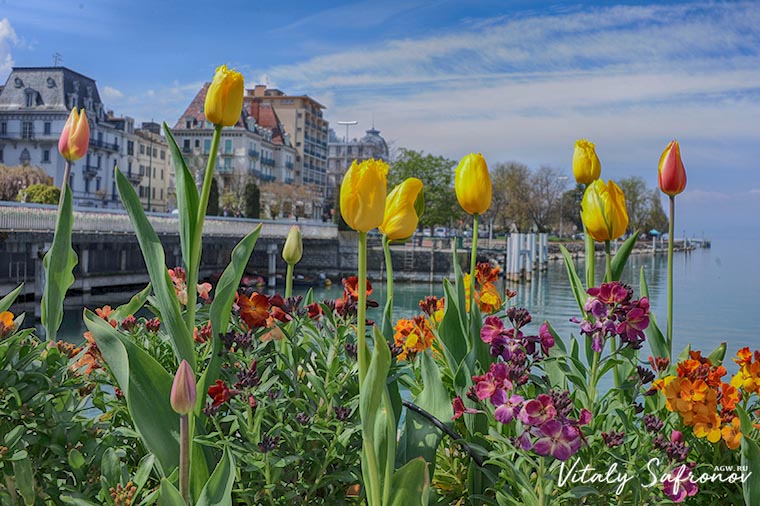 I visited the city Évian-les-Bains in France in the spring of 2012. This resort, located on the shores of Lake Geneva in the foothills of the Alps has become famous throughout the world for its drinking water under the brand name “Evian”. It is here that the springs flow and the water is bottled then distributed throughout the planet known as the best drink for humans. From Russia to Australia, Evian was superior and one of the most expensive drinks. And residents and guests of Évian-les-Bains could enjoy this life-giving moisture in any quantity for free – it flowed freely from a spring right through the center of the city. 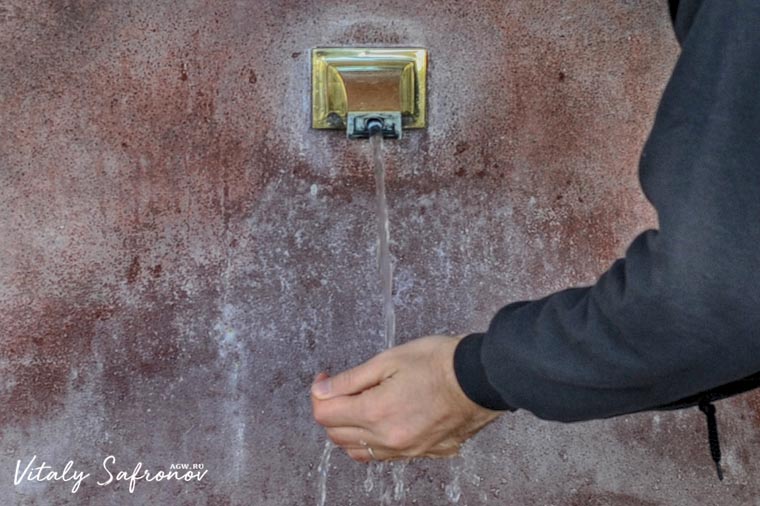 I stayed at Évian-les-Bains for about a week. The windows of my hotel room were located in the city center overlooking the lake. Swiss Losanna was visible in the other side. As well, the old building of the Royal Casino was located on the waterfront about a 200 meter walk away. During the day I explored the city and the surrounding area and spent evenings playing cards and roulette in the casino. 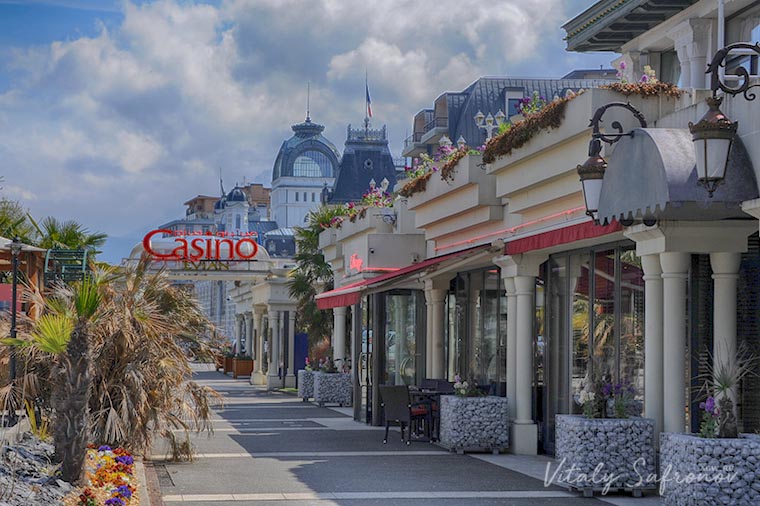 While I was playing at the Royal casino the management decided to give me a gift. Aware of my hobby they presented antique badges for my collection.  These silver plates were used in casinos about a hundred years ago: 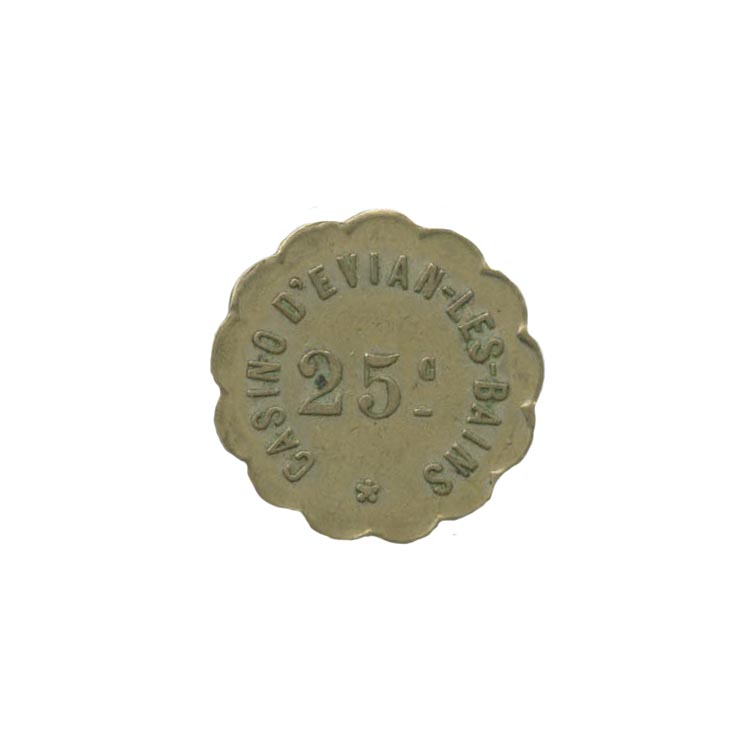 Over time casinos in the city of Évian-les-Bains had different names.  Initially, like most other casinos in France it was municipal, and had the name “Casino Municipal De Evian les Bains”.  In simple language, все it had often been called and is still called – “Casino Evian”. In the early twentieth century, the casino became part of a single complex Evian Royal Resort with the first French five-star hotel Royal. The casino had also become known as “Casino Royal Evian” or simply “Casino Royal”. In 2012, Royal Casino used chips from Bourgogne et Grasset.  These were jetons, classic in Western Europe, made of “mother-of-pearl” homogeneous material.  The brightness and contrast of the colors of the chips immediately fascinated me. Royal Casino chips have become one of my favorites. I especially liked the chips worth 1000 euros, but I still do not dare to leave them in my collection. 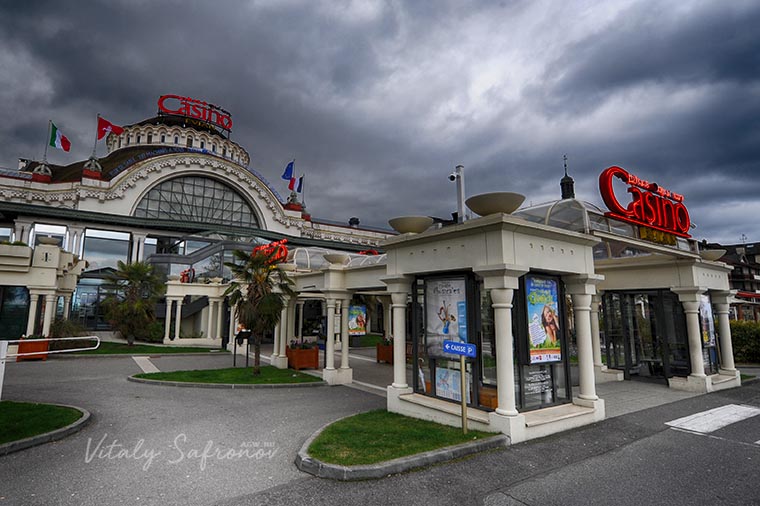 Here are the chips used in the 21st century: 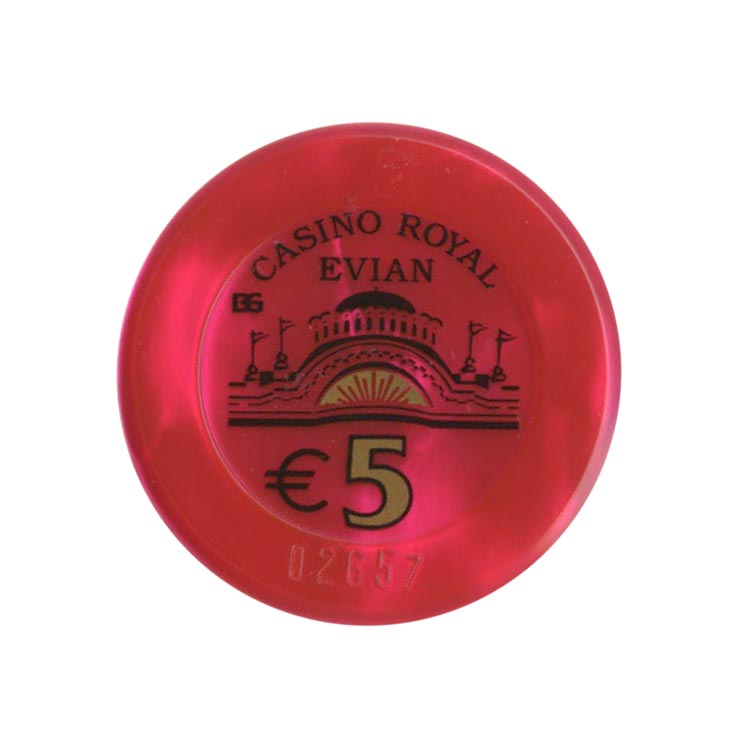